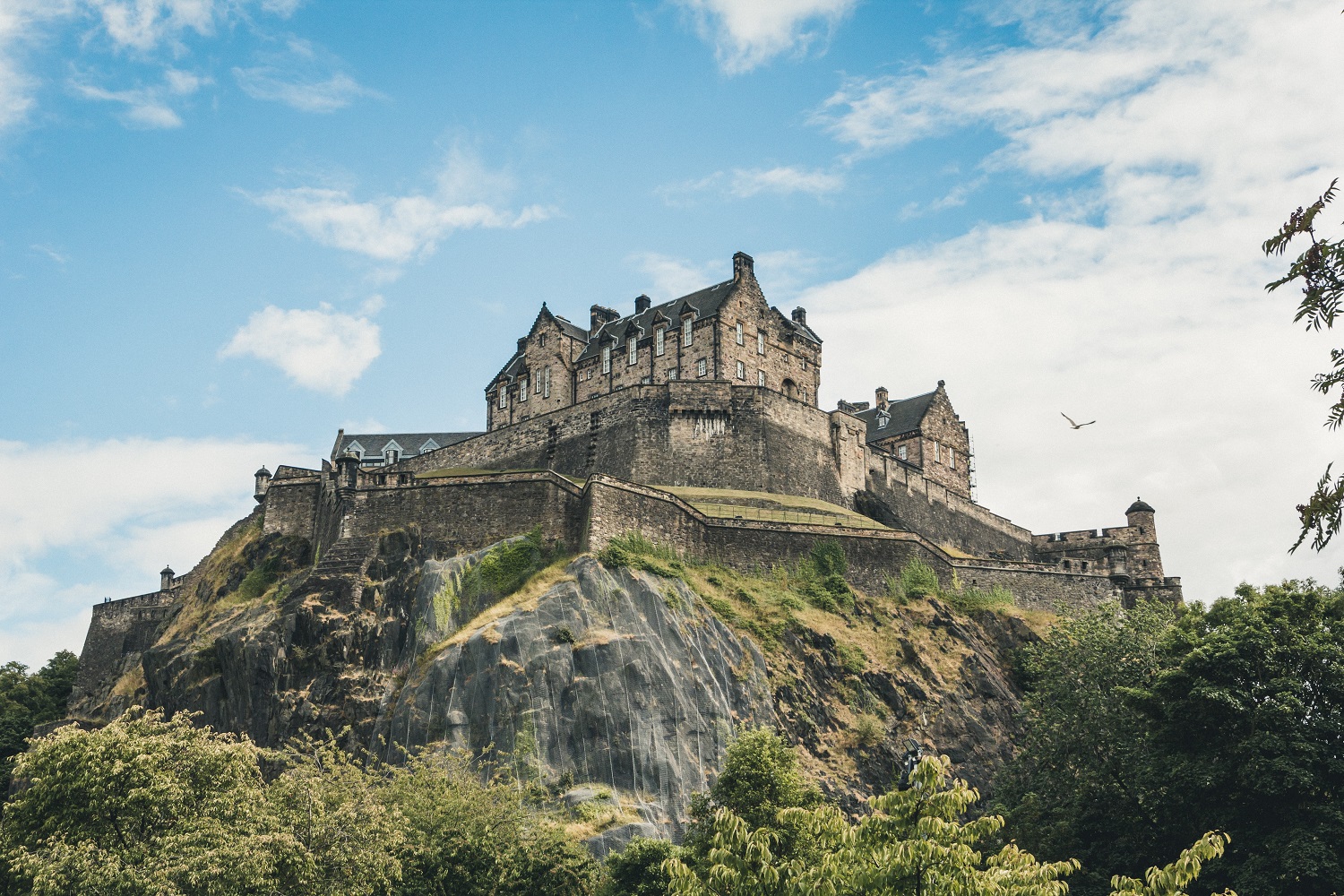 The team took part in the 40th Annual Scientific Meeting of the International Society of Political Psychology (ISPP) in 2017 in Edinburg, Scotland.

1) Sam McFarland organized a symposium "How Can We Enlarge Global Human Identification?" with four presentations: by Sam McFarland (WKU), by Gerhard Reese (Universität Koblenz-Landau), by Justin Hackett (California University of Pennsylvania) and by Katarzyna Hamer (IPPAS). 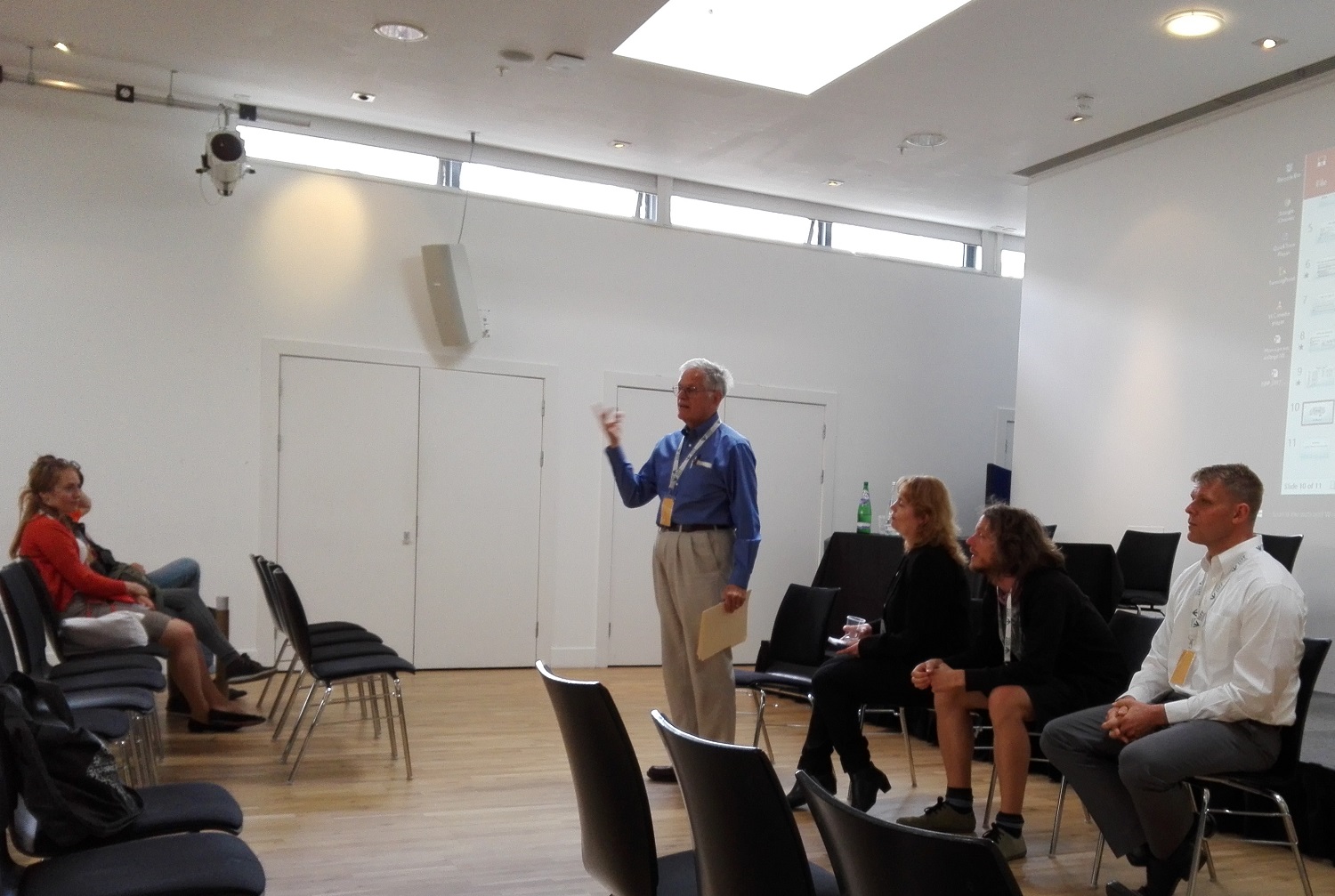 Sam McFarland (WKU) presented how across the last decade, psychologists and global pollsters have studied individual differences in the sense of global human identification. Several multi-item scales have been developed, including McFarland and colleagues’ Identification with All Humanity scale (IWAH; McFarland, Webb & Brown, 2012), Reese and colleagues’ Global Social Identity scale (Reese, Proch, & Cohrs, 2014), the Psychological Sense of Global Community (Hackett, Omoto, & Mathews, 2015), the Global Citizenship Identification scale (Reysen & Katzarska-Miller, 2013)  and the World Values Survey's statement, “I see myself as a world citizen.” These measures relate strongly to one another (McFarland and Hornsby, 2015). Then Sam presented latest results considering research with these scales.

Justin Hackett (California University of Pennsylvania) presented a model in which self-transcendence values predict attitudes and behaviors supportive of human rights, largely mediated by people’s feeling that they are part of a broad and global community consisting of all humanity (PSGC).  The results of three studies confirmed the model, revealing a consistent pattern in which feeling part of a global community played a critical role in connecting people’s values to human rights concern and behaviors.

Katarzyna Hamer (IPPAS) presented the results of her studies on how we can enlarge the sense that all humanity is one family. Her presentation included results from few studies from Poland and USA, showing the role of parenting styles, attachment styles and early experiences from childhood and adolescence (measured by her own scale), potenially contributing to this goal. 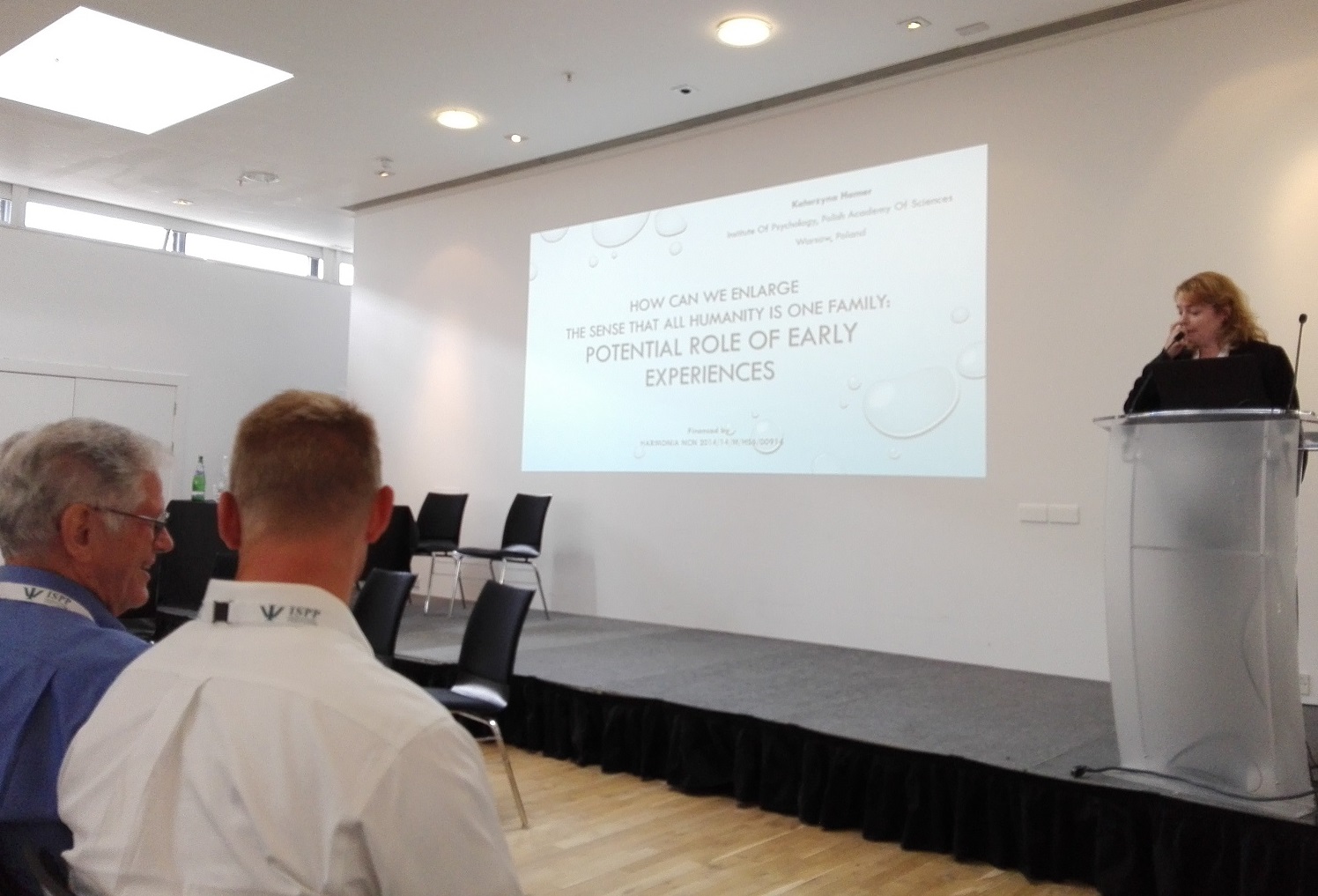 2) In a session "How we see the outgroup" chaired by Philip Dunwoody (Juniata College), Katarzyna Hamer and Marek Drogosz presented the results of their two studies upon IWAH and dehumanization in the United States, Poland and Mexico. Their presentation, titled "The role of human identification in automatic and controlled processes of prejudice and dehumanization," showed that showed that in study 1 identification with all humanity (IWAH) was linked to higher willingness to include people of different ethnicities into own friends group (all countries), national group (Poland, Mexico) and higher ratings of attractiveness. 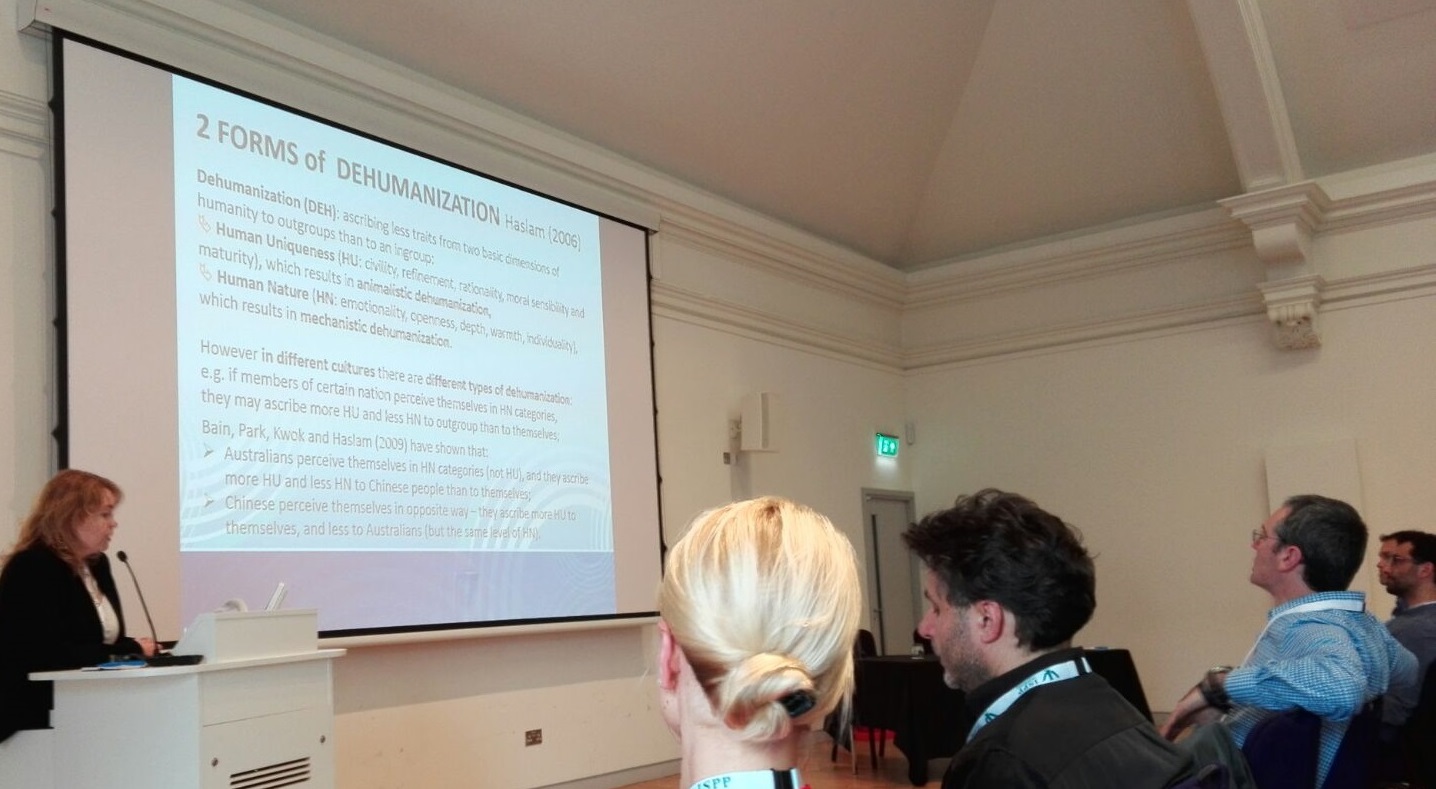 The next part of the presentation described study 2 in which Polish and Mexican  participants were asked to decide if a given trait – representing one of two basic dimensions of humanity (Haslam, 2006): human nature (HN) or human uniqueness (HU) – fits to faces of different ethnicities. The results revealed significant differences in ascription of HN and HU traits to faces representing different ethnicities on both controlled and automatic (RTs) level in both countries. The study also showed that IWAH was related to ascription of more positive traits.  And again, IWAH was linked to higher willingness to include people of different ethnicities into own friends group (both countries), national group (mostly Poland) and higher ratings of attractiveness. 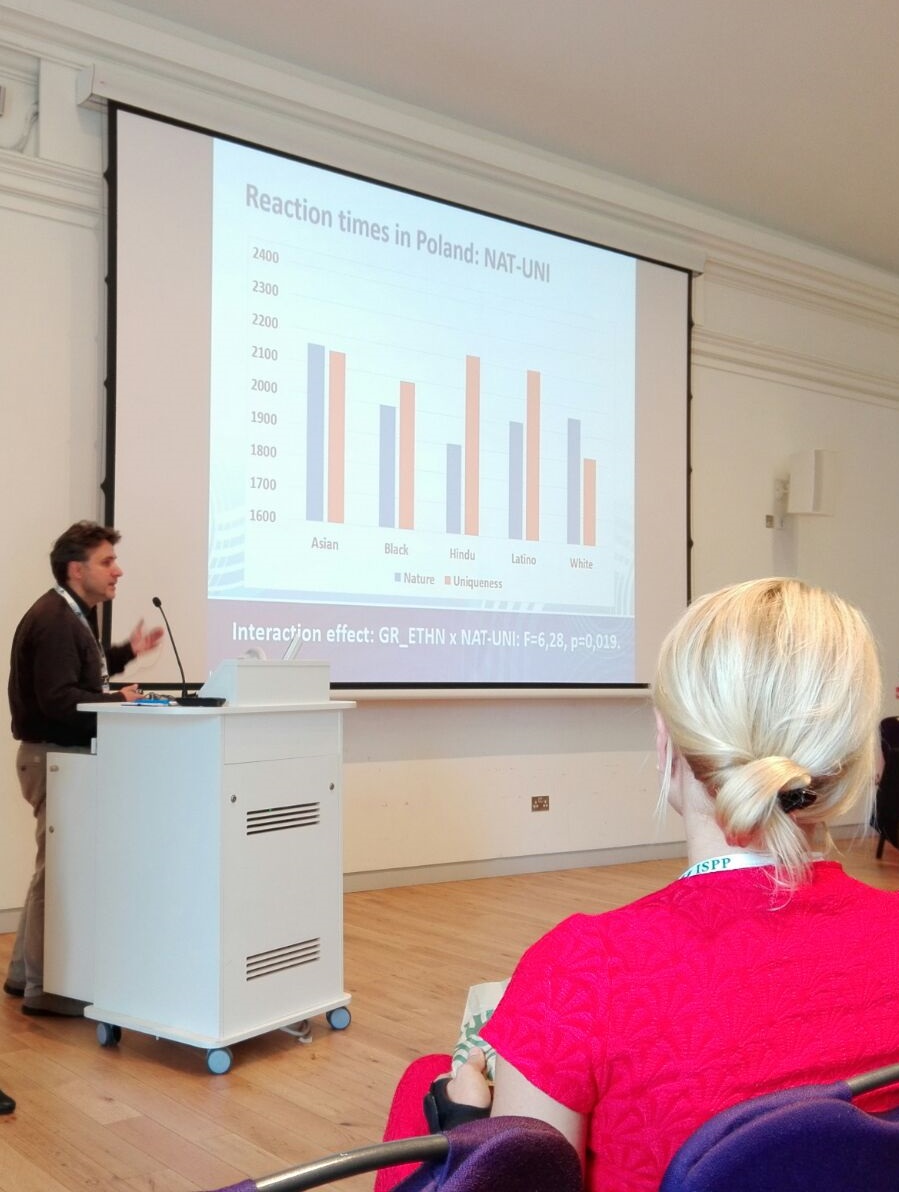 3) In a session "Perceptions and reactions to threat" chaired by Alexandra Homolar (University of Warwick), Philip Dunwoody (Juniata College) and Sam McFarland (WKU) had a presentation titled "Political traits and threat perception as predictors of anti-Muslim policies." They explored how political beliefs and attitudes predict support for anti-Muslim policies and extremist behavior in the United States following the 2015 Paris terrorist attacks. 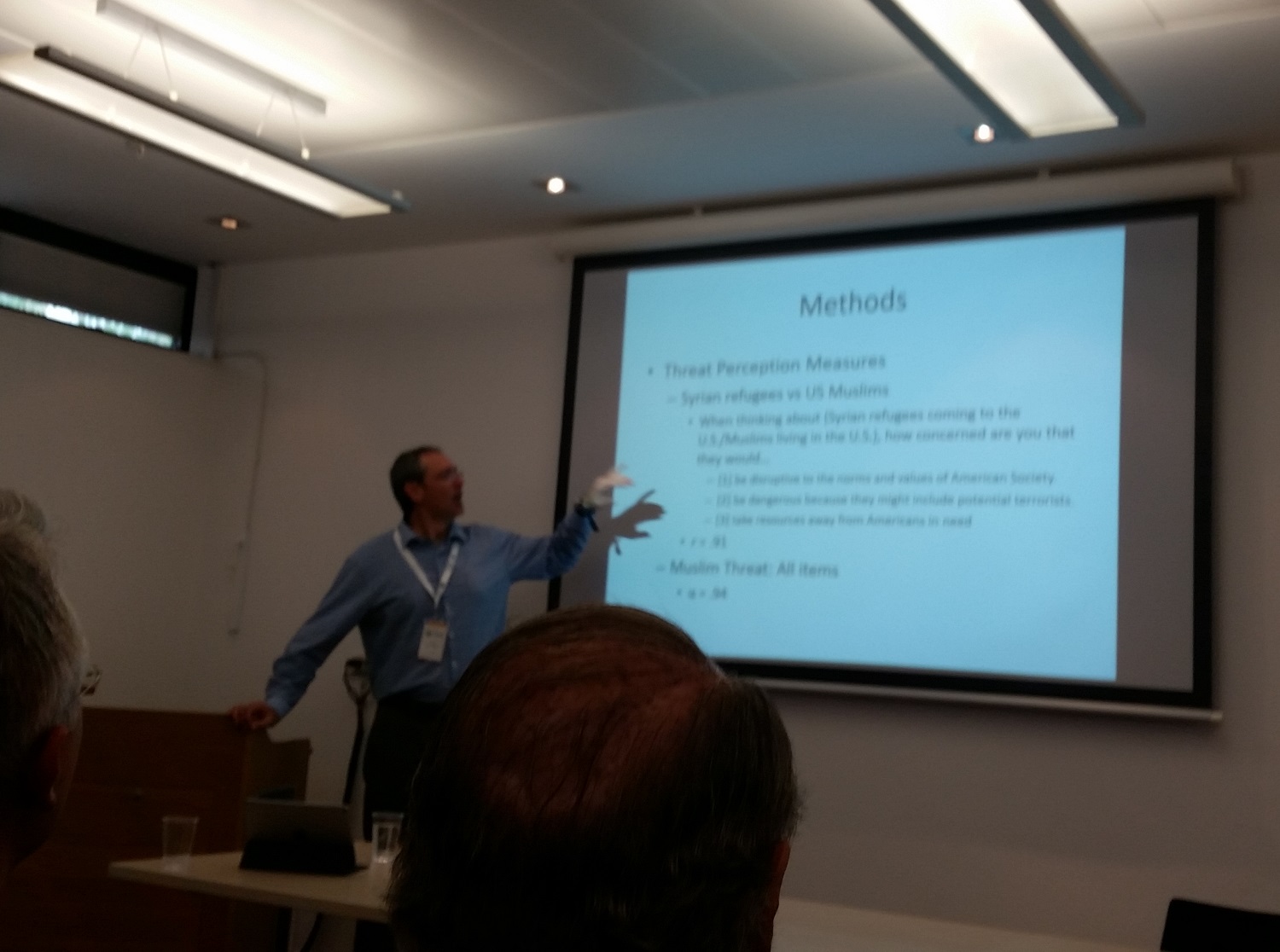 They showed that authoritarianism and SDO directly and indirectly predicted support for anti-Muslim policies, with their effects being partially mediated by generalized prejudice, IWAH, and perceptions of Muslims as threatening. Threat both mediated and moderated the relationship between authoritarianism and anti-Muslim policies. Their results are already published (see our publications section).