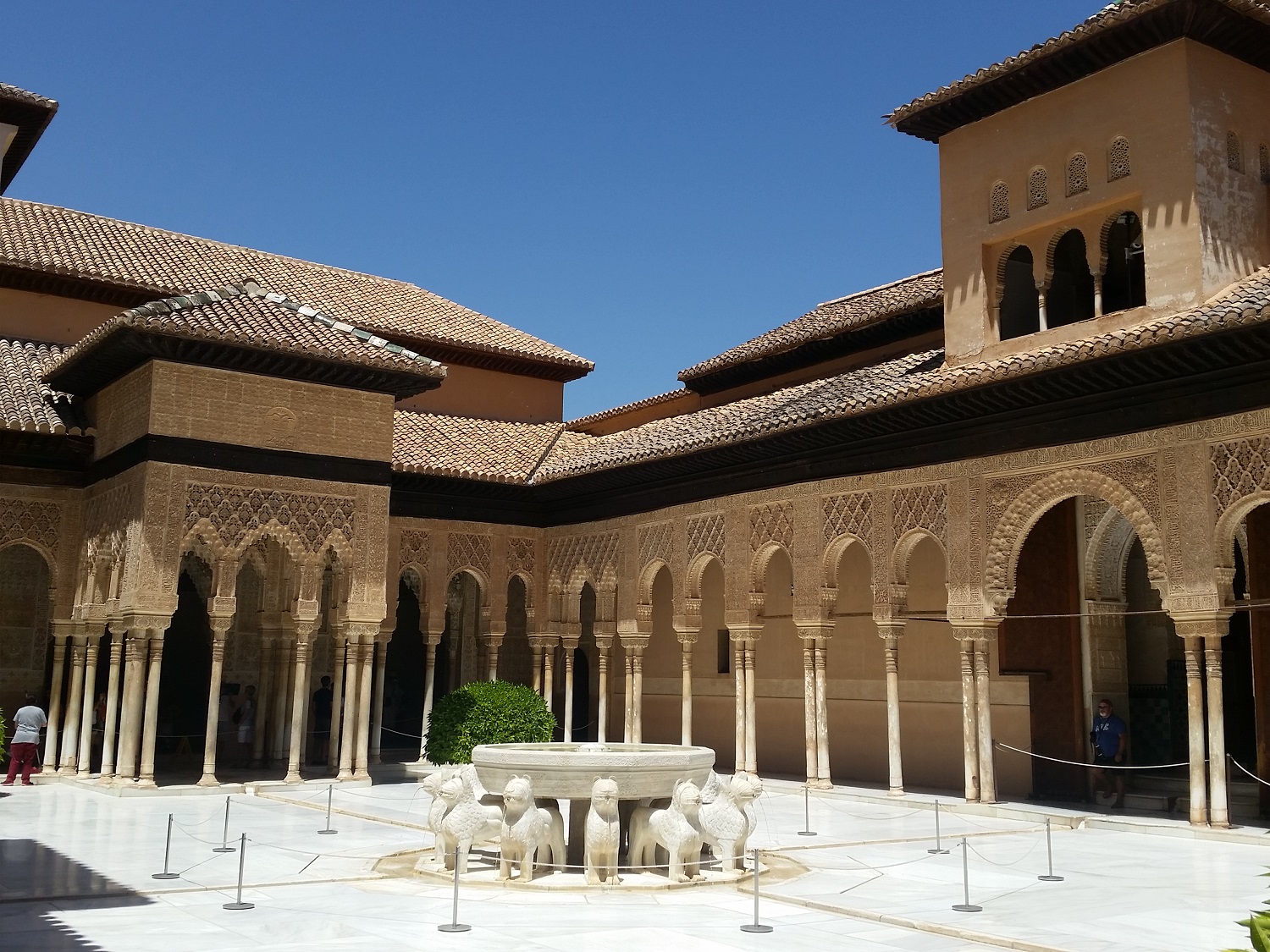 Katarzyna Hamer and Marek Drogosz participated in the 18th General Meeting of the European Association of Social Psychology in Granada in 2017. They presented a poster "Faces of Races: Automatic Dehumanization and its connection to Identification with All Humanity." 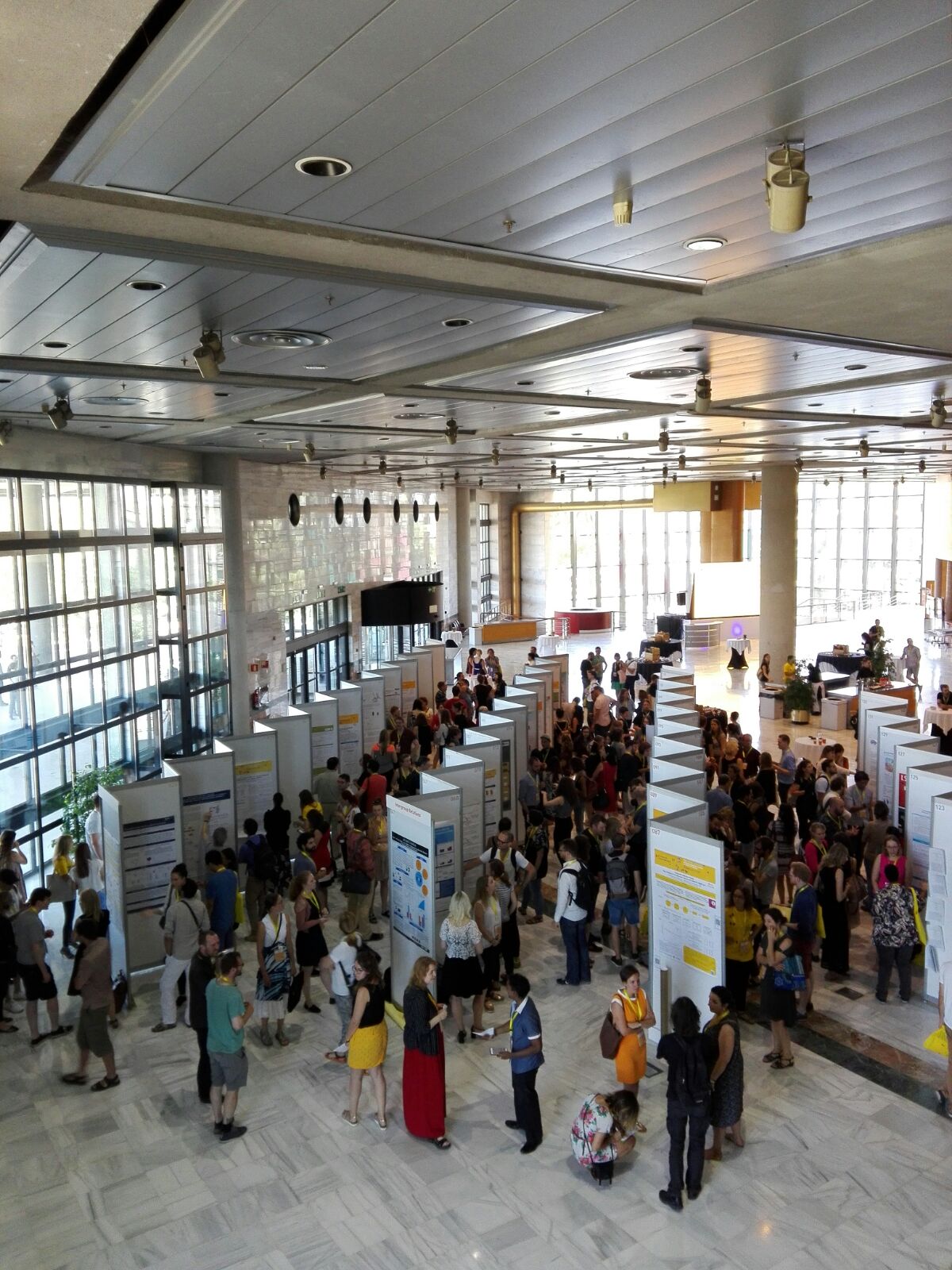 The goal of our study was to explore possible automatic processes of dehumanization and their relationship with the level of identification with all humanity (IWAH) and other individual characteristics (ethnocentrism, RWA and SDO). In the experimental part of the study participants (N=62) were presented a series of pictures displaying faces of people from different ethnic groups (Asian, Black, Hindu, Latino, White) paired with a trait representing one of two basic dimensions of humanity (Haslam, 2006): Human Nature (HN) or Human Uniqueness (HU) and were asked to decide if a given trait fits to a given face. After that they answered additional questions about the faces and own characteristics (IWAH, RWA, etc.). 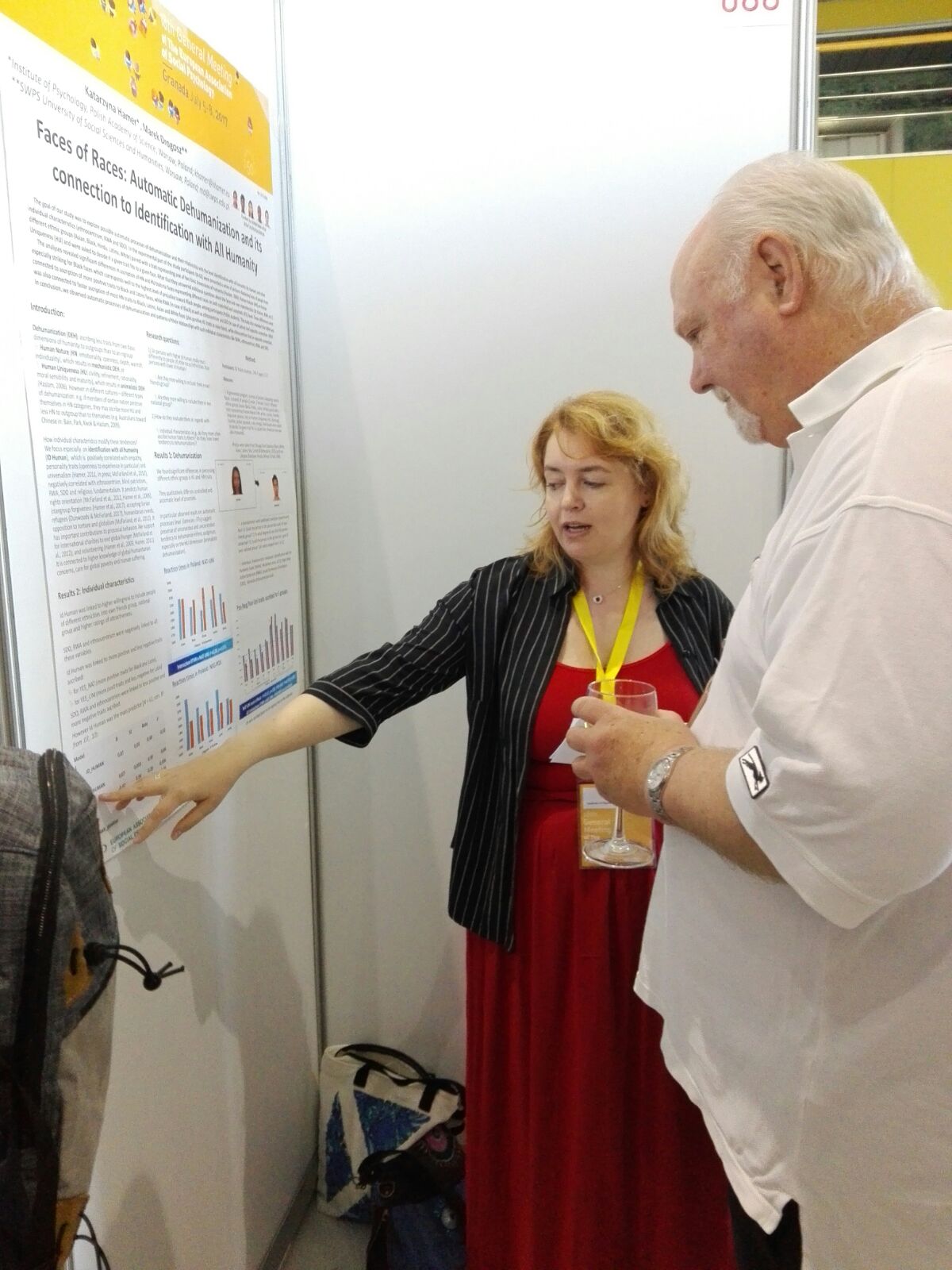 The analyses revealed significant differences in ascription of HN and HU traits to faces representing different races on both controlled and automatic (RTs) level. We observed automatic processes of dehumanization and patterns of their relationships with such individual characteristics like IWAH, ethnocentrism, RWA, and SDO.

(a photo below  - Katarzyna and Marek during conference reception) 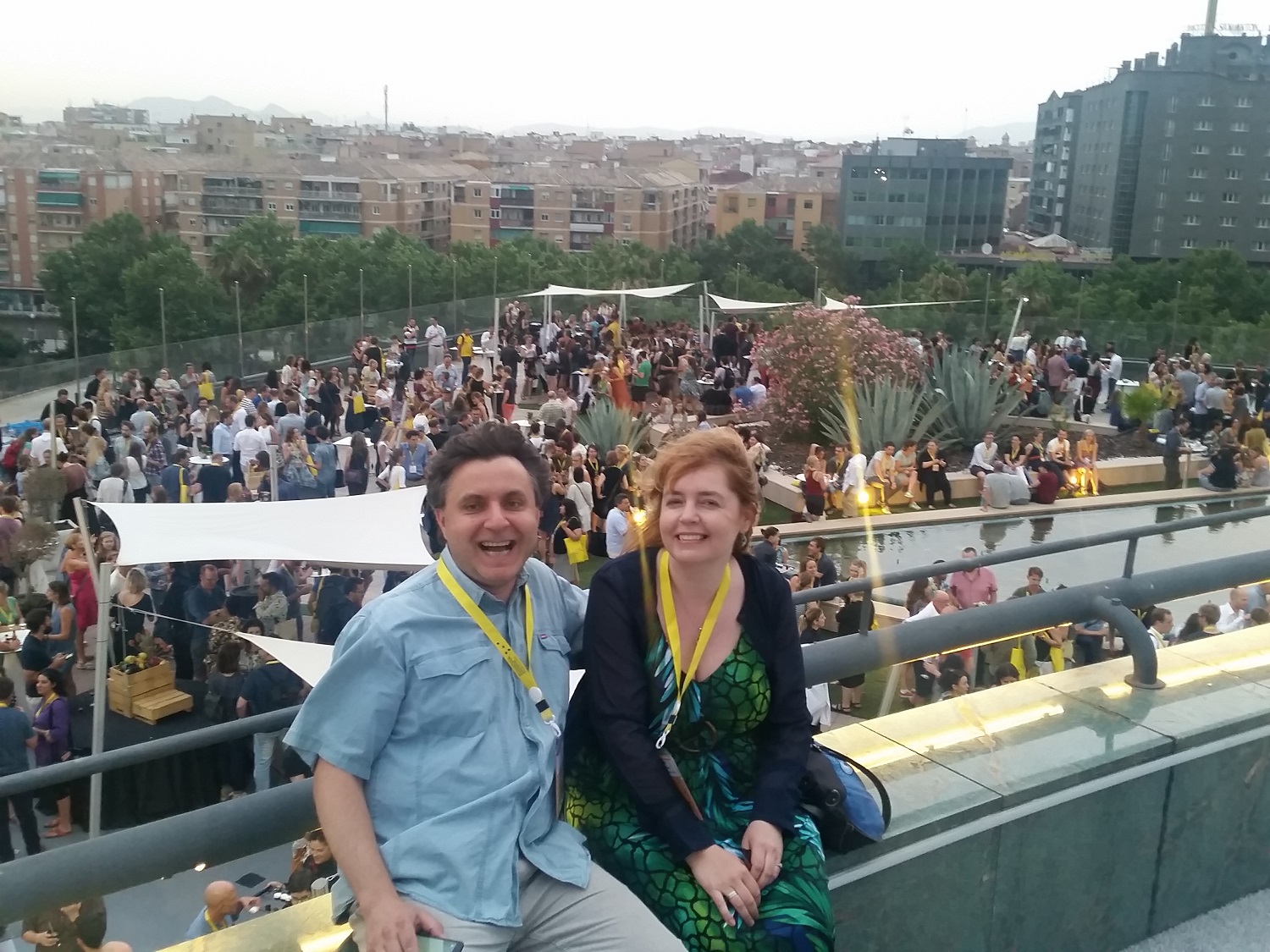 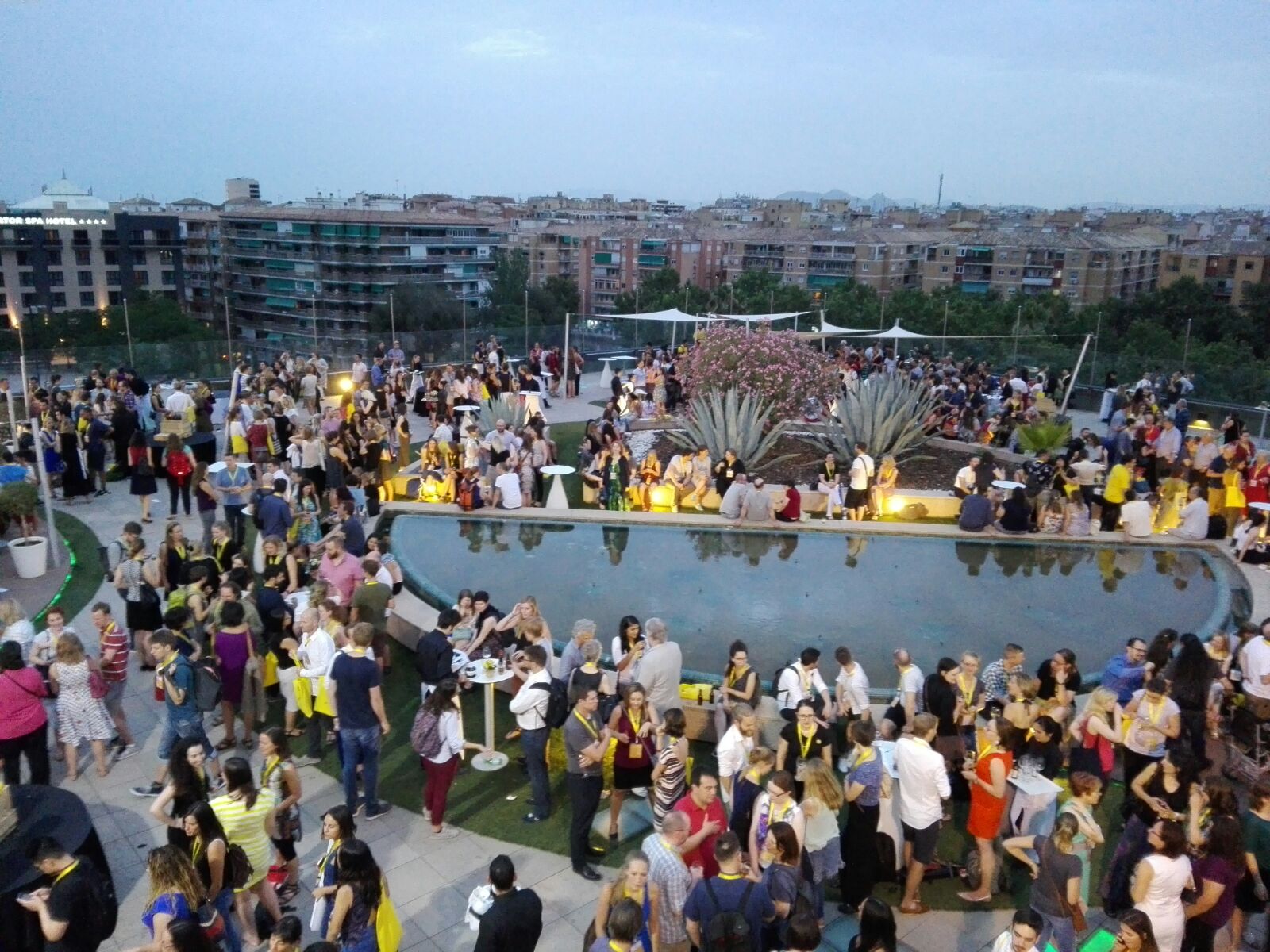