Our lab was present at the 2019 Annual Scientific Meeting of International Society for Political Psychology, July 12-15 in Lisbon, Portugal.

Katarzyna Hamer (IPPAS), Sam McFarland (WKU) and Justin Hackett (California University of Pennsylvania) co-organized 3-part symposium "Global Human Identification and Citizenship: What We Now Know, and What We Don’t," with 12 presentations. Unfortunately, due to lack of space, only the first part was accepted by ISPP organizers. 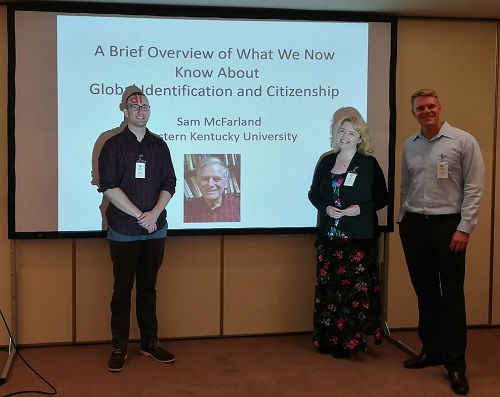 Our panel included four presentations: by Sam McFarland, by Katarzyna Hamer, by David Sparkman and by Justin Hackett.

It started with Sam McFarland's paper, which summarized what we know about Global Human Identification and Citizenship (GHIC), including measures used to study individual differences in GHIC, the roots of GHIC, and described major attitudinal and behavioral outcomes of GHIC (more in McFarland et al., 2019). Katarzyna Hamer presented Sam's speach, because Sam had to cancel his trip. 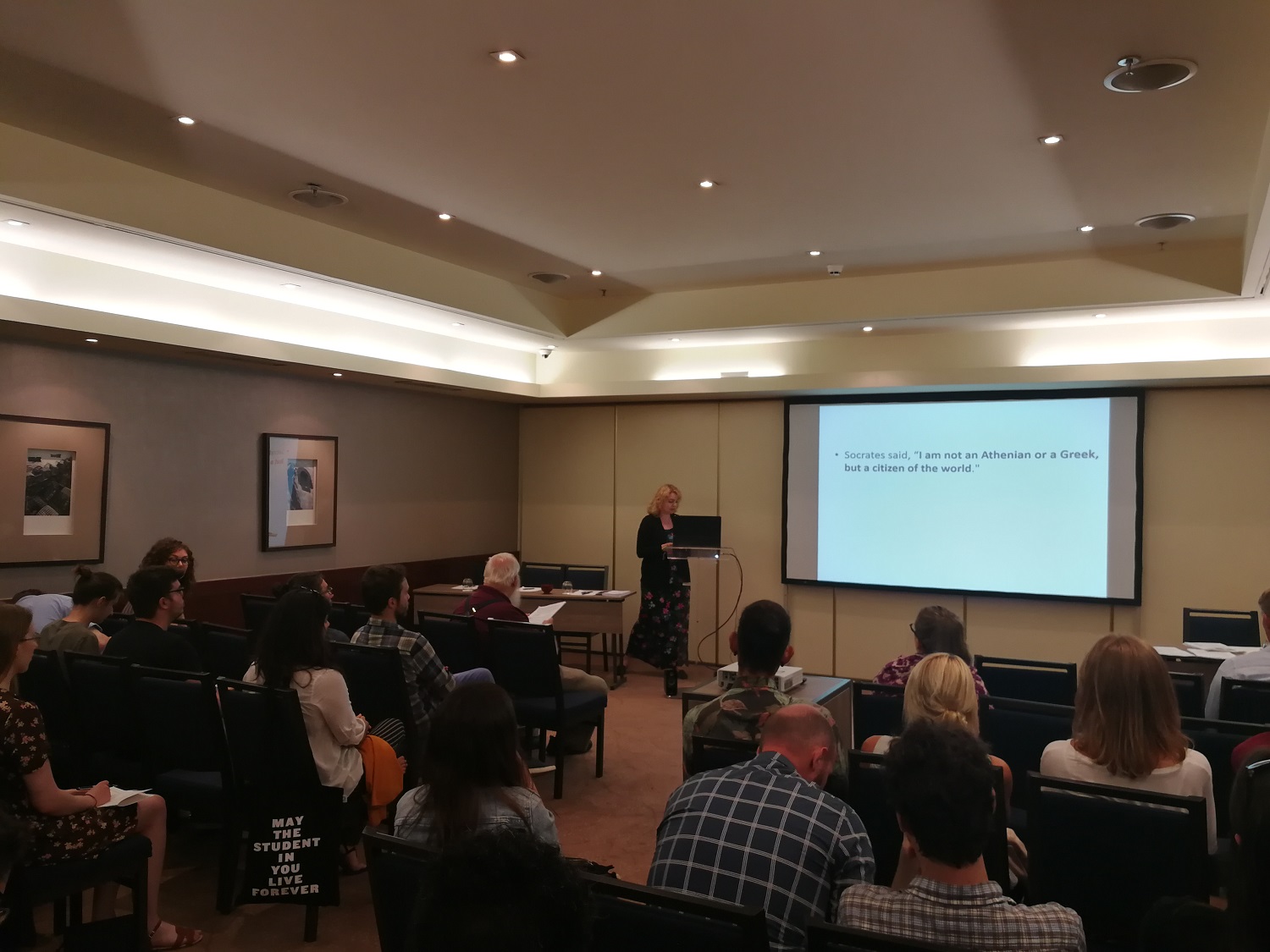 Next, Katarzyna Hamer presented her model of predictors of identification with all humanity. She showed that openness to experience, empathy, and universalism-tolerance directly enhance it, while ethnocentrism directly reduces it. Right-wing authoritarianism, social dominance orientation, and ethnocentrism partially negatively mediate these relationships. The results are already published - see our publication section or https://doi.org/10.1016/j.paid.2018.12.019. 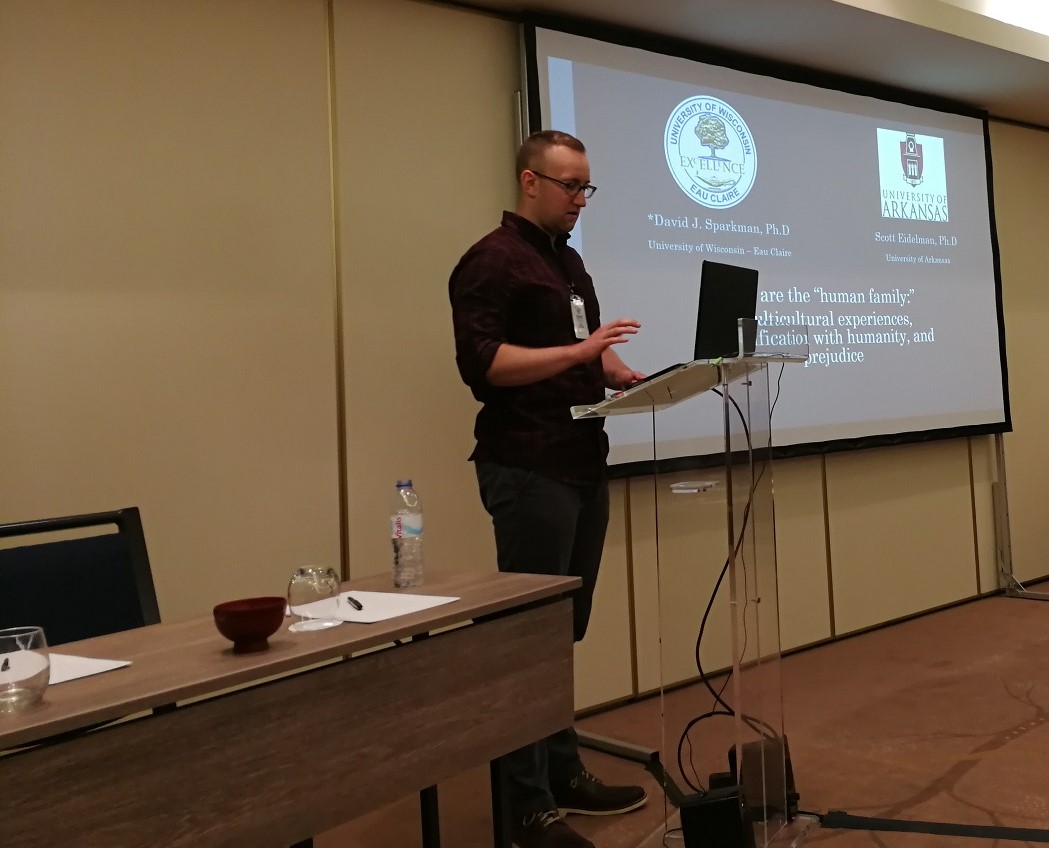 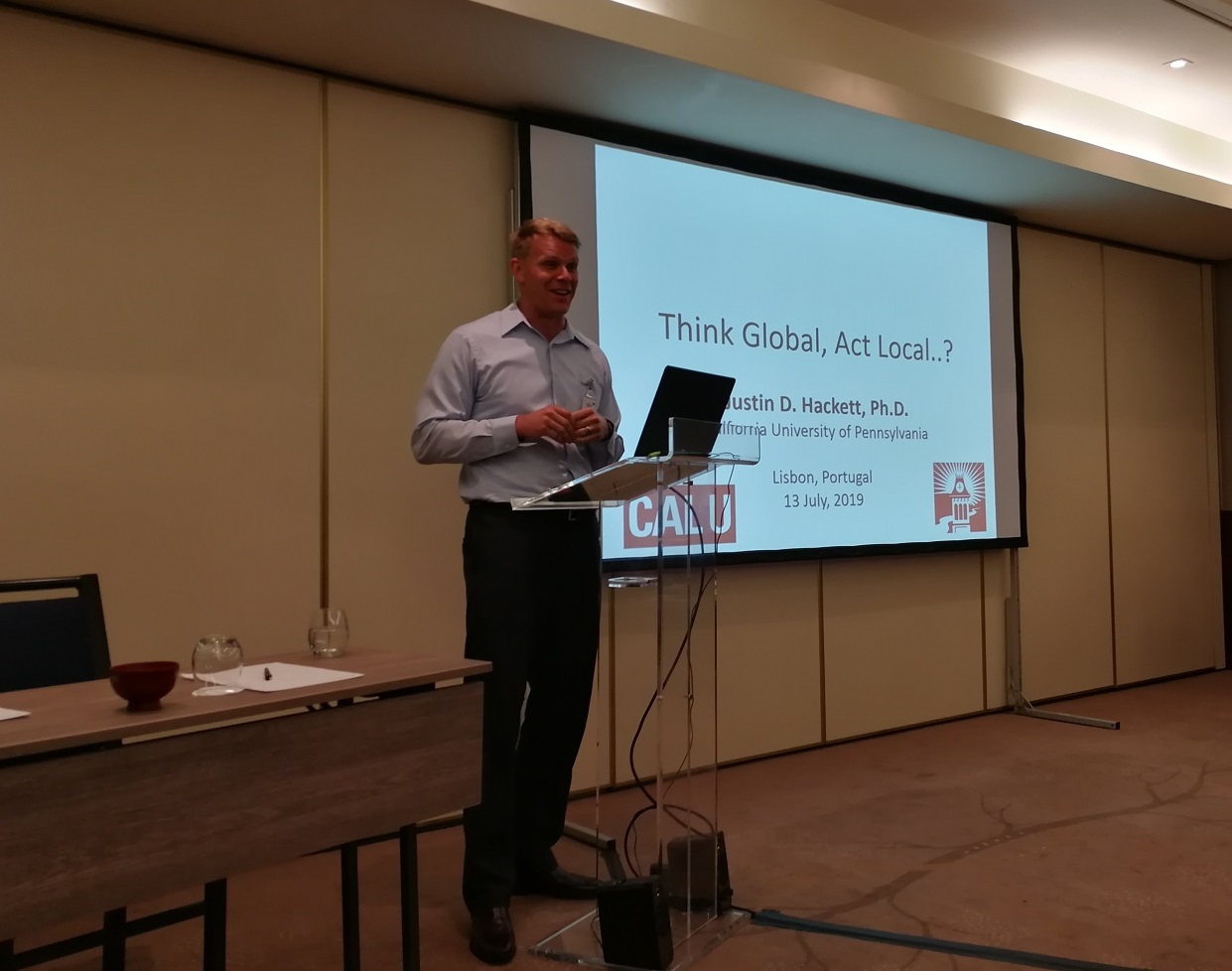 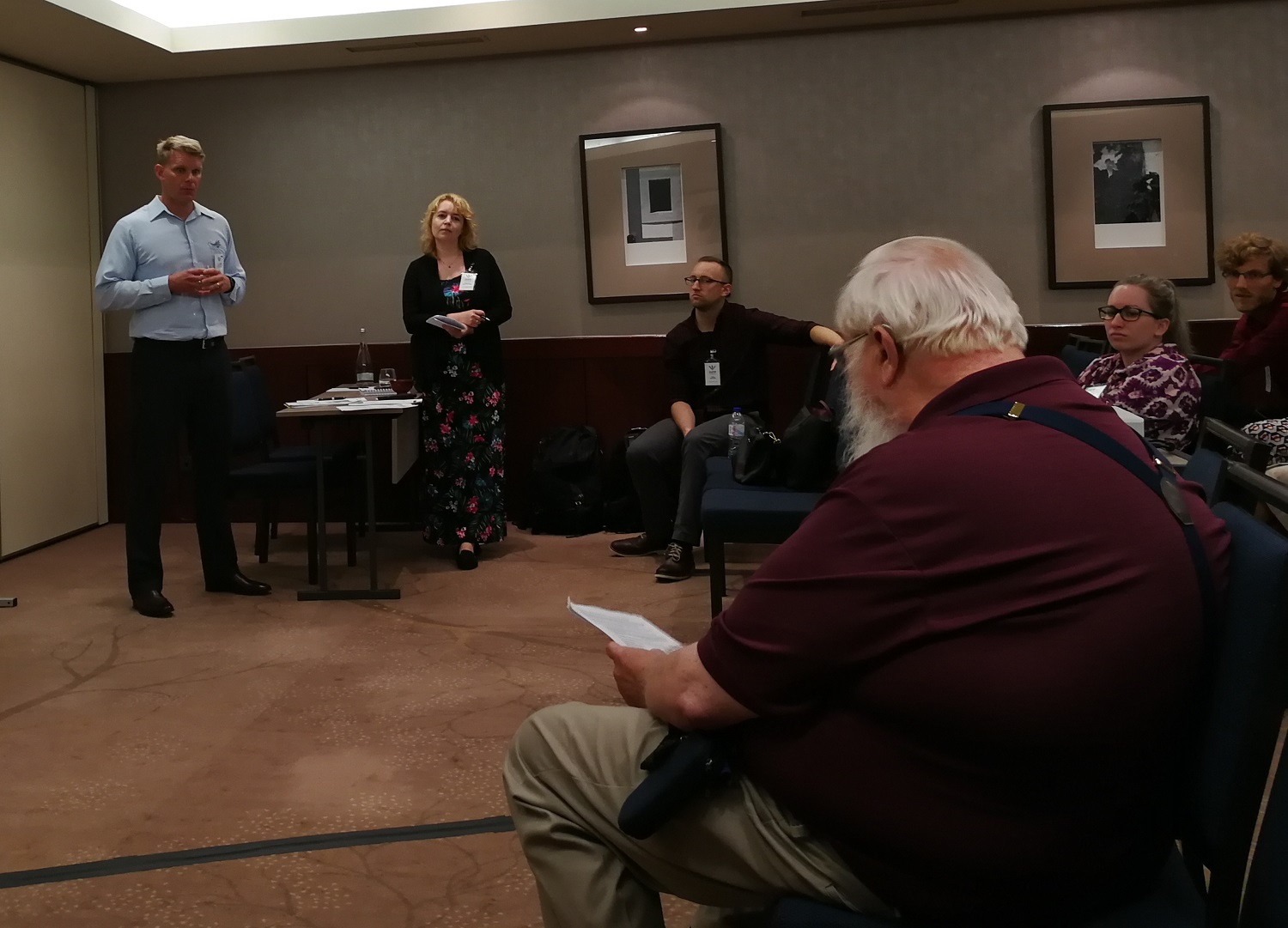 It was a great session with a big audience, a lot of questions and an exciting disscussion. Thank you all and see you next year in Berlin on ISPP 2020!

Additionaly, Katarzyna Hamer took part in a panel "Collective narcissism: attitudes towards outgroups and the superordinate category " organized by Agnieszka Golec de Zavala (Goldsmiths, University of London; University SWPS) and her lab (below), with Chris Federico (University of Minnesota) as a discussant. 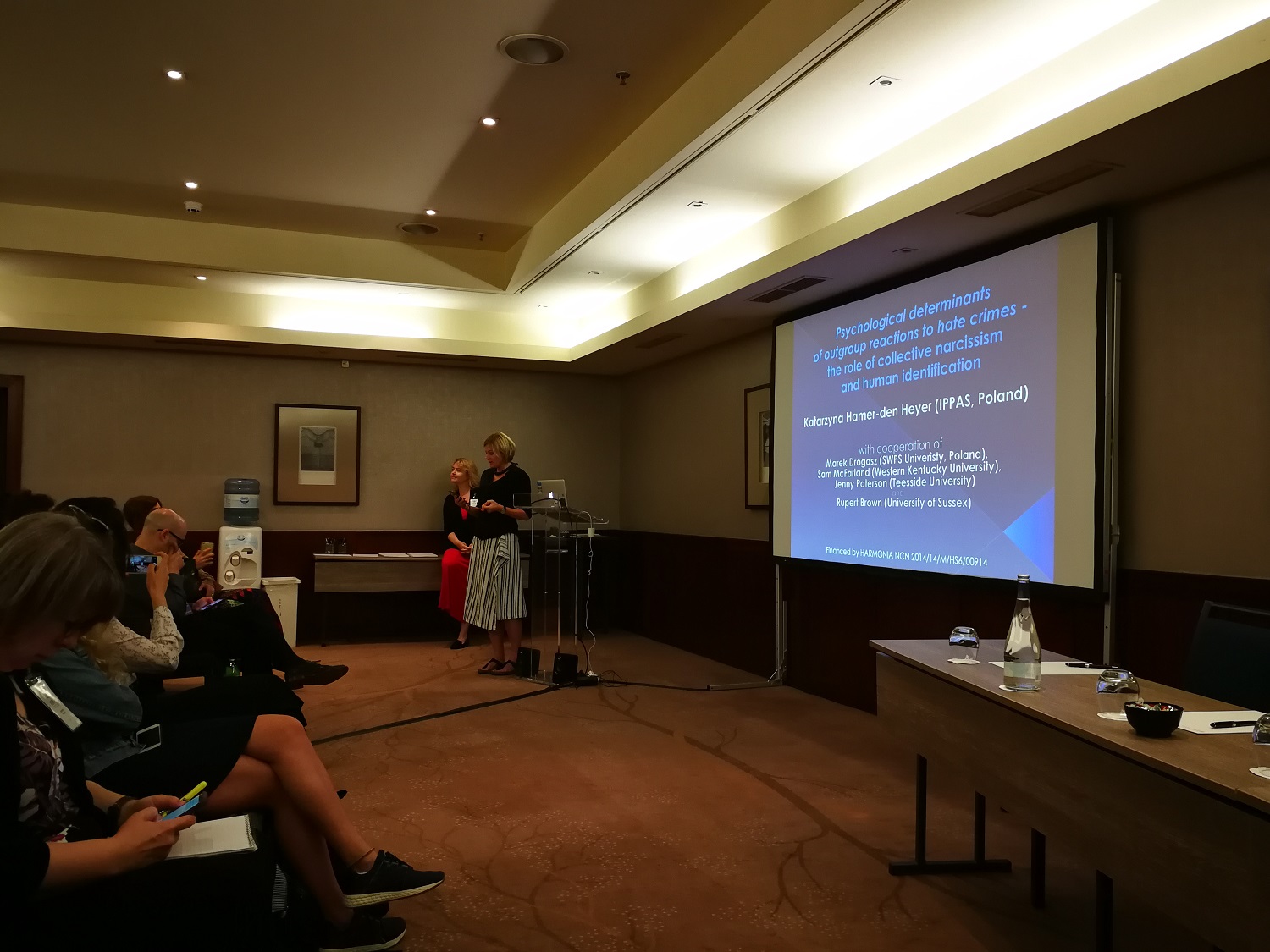 Katarzyna presented a study "Psychological determinants of outgroup reactions to hate crimes - the role of collective narcissism and human identification" conducted with Sam McFarland (WKU), Marek Drogosz (SWPS University), Jenny Paterson (Teesside University) and Rupert Brown (University of Sussex). 200 U.S. non-Muslim students participating in the experiment were shown an online news article about a mugging in which the type of crime (hate vs. non-hate) and the victim (Muslim vs. random) were manipulated. 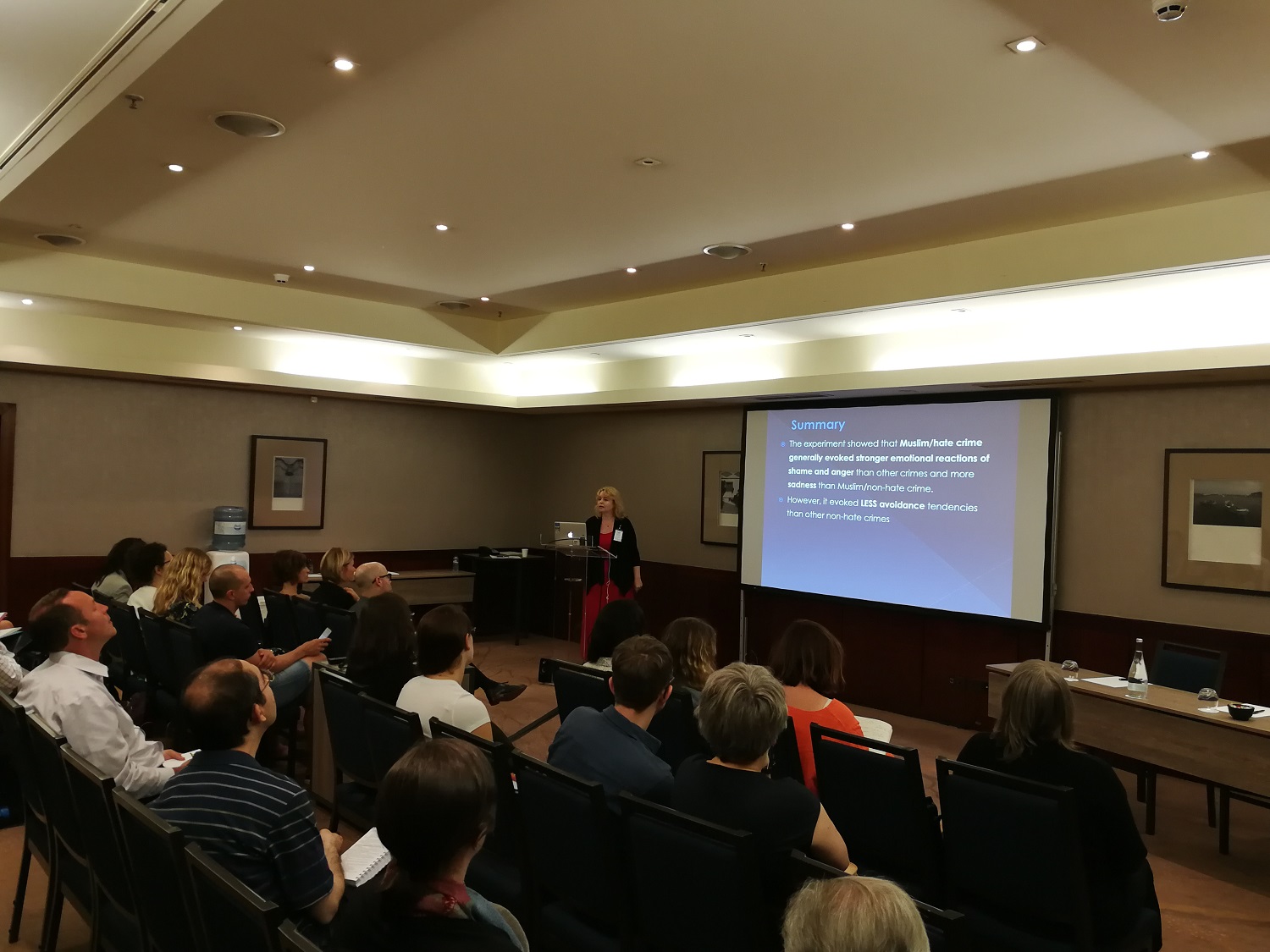 The experiment revealed that participants high in collective narcissism showed stronger schadenfreude and support for attackers in all situations, even in the random victim/non-hate crime condition, which could be seen as an incident on ingroup member. However, they declared higher pro-action tendencies in this case.

On the other hand, people high in identification with all humanity (IWAH) responded with similar heightened levels of sadness, anxiety, and anger, as well as avoidance and pro-action behavioral tendencies in all conditions. Expanding on Intergroup Emotions Theory, these results suggest that those high in IWAH treated all victims as ingroup members, no matter if it was a Muslim victim or not and what type of crime it was. 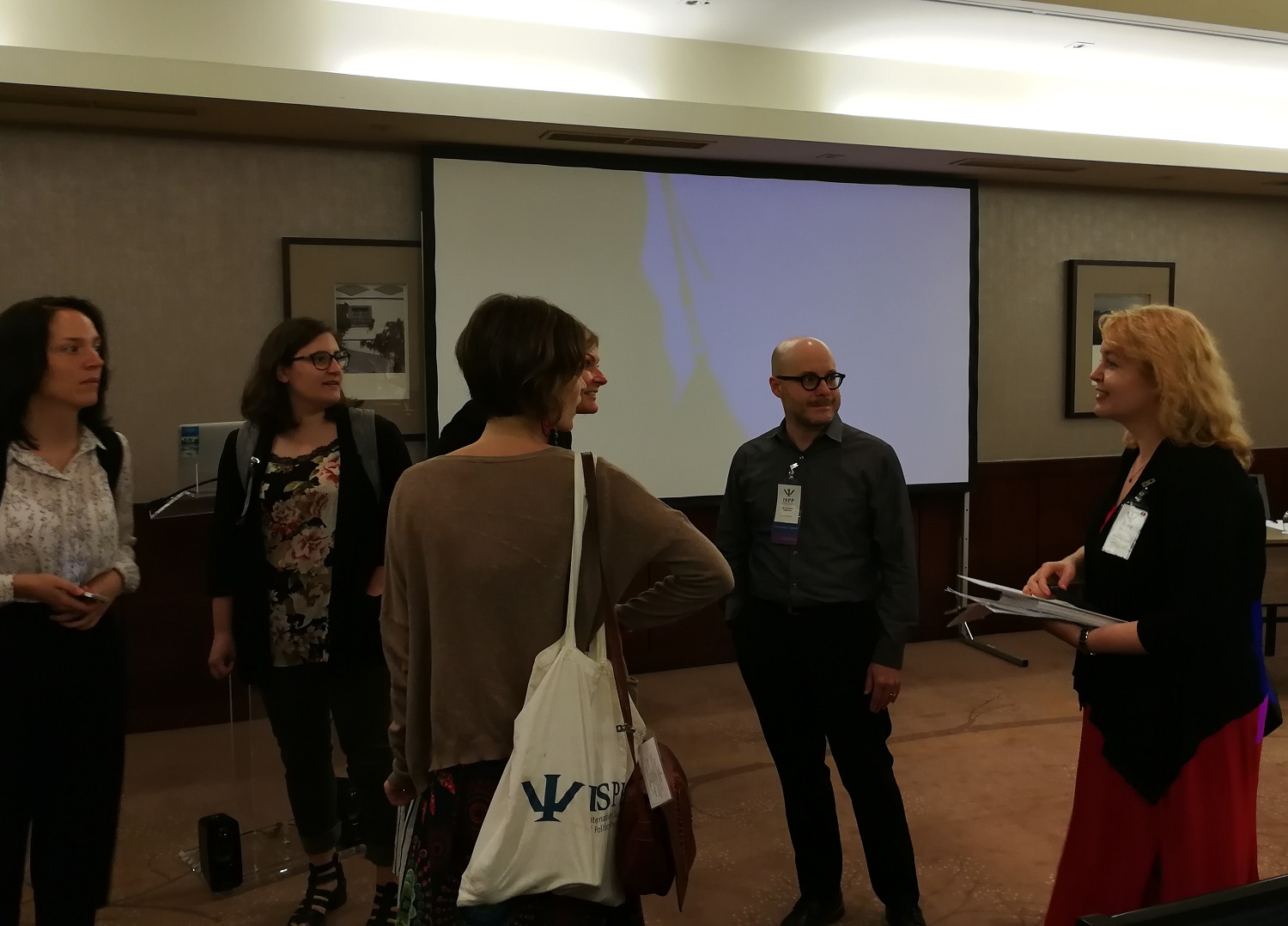 It was another great session with a big audience, a lot of questions, positive feedback and exciting disscussion. Thank you all!